A time to tear down and a time to build 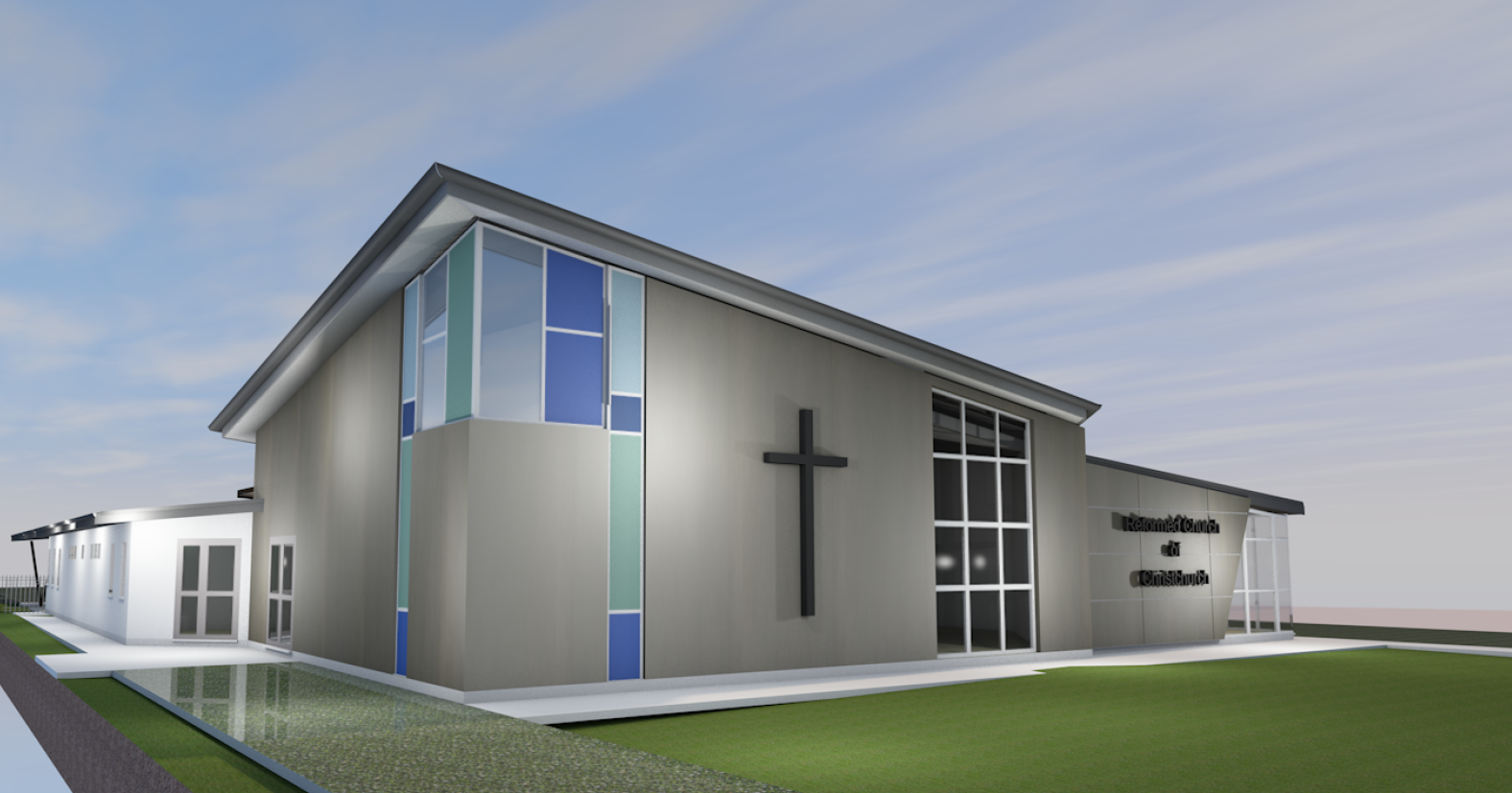 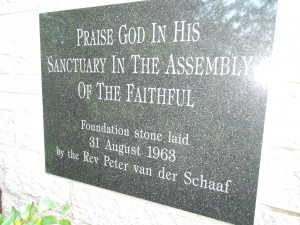 A time to tear down and a time to build

The Reformed Church of Christchurch was instituted on 10th March 1953 and is a founding church of the Reformed Churches of New Zealand. From 1963 until 2011 the church worshipped God from its property on Cornwall Street, St Albans, near the city centre. During the February 2011 earthquake the church building was badly damaged and is no longer able to be used for worship or other church activities. Since that time, the congregation has been renting facilities from a Seventh Day Adventist group about 3kms further north in Papanui.

Through challenging years of ministry, and in the aftermath of the earthquake, a significant number of members have left the congregation for a variety of reasons. In 2012 the Christchurch Session seriously questioned the viability of continuing as an instituted church, given the decline in membership over the previous 3 decades; due in part to the planting of the Bishopdale and Dovedale churches and, more recently, the establishment of a group in Rangiora.. The possibility of combining with another Reformed Church in the city was carefully considered. However, neither Bishopdale nor Dovedale had sufficient capacity to incorporate the ‘Cornwall Street’ congregation, even in the short term.

After much careful and prayerful deliberation and consultation, the Christchurch Session made the following announcement to the congregation on 12th August 2012:

“Are we a viable church?” When we consider the demographics and ages of our congregation we see our numbers dwindling in recent years, and we anticipate a significant number leaving us for glory in coming years. Our concerns are not only physical, but spiritual. Some describe our congregation as “over critical”. Some carry memories of the past that they are unable to let go and unable to resolve. We continue to struggle to find men willing to serve in the offices of Elder and Deacon. There are few new members joining, yet a number of existing members have expressed dissatisfaction and an intention to leave.

A special Session meeting was called to address the question of our viability in the last month. This was a hard meeting, yet we believe the congregation needs to hear about it. The outcome of this meeting was unanimous: Yes, we believe we are a viable church. However, this viability is provisional on the character and witness of our church changing. And it is provisional on the commitment and unity of our current members. Session is still working through what this means, and we don’t have all the answers.

The next question to ask was whether to repair the damaged structure or to completely rebuild. The answer to this was straightforward once engineering reports and pricing options were received. The cost difference between repairing and strengthening the building to be code-compliant and a ‘clean site’ rebuild was negligible. A new church building with a design optimized for the present and planned ministries of the congregation was clearly the way forward.

A series of congregational meetings followed, together with ministry group workshops where members wrestled with other questions like: “Is construction of a building really the right use of our resources?”, “Is Cornwall Street a relevant location to build a church?”, “What sort of building should we build?” as they considered needs and opportunities for gospel in-reach and out-reach.

Congregational consultation continued with district meetings, design concept presentations and written feedback. Through this process it became very clear that the congregation as a whole desired to return to the Cornwall Street site. It was recognized that this location has significant strategic advantages for inner city ministry in an area of Christchurch where there is no intention to rebuild many of the church buildings which have been demolished after the earthquake by their respective congregations. 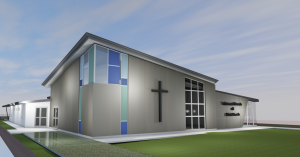 Specifications for the proposed building included: a street frontage that is welcoming and inviting, an entrance that is intuitive for visitors, a sense that the building is occupied and open on Sundays and throughout the week. It also needed to have an area that is welcoming, friendly, informal, comfortable, and able to be used for multiple functions, e.g. fellowship around coffee, men’s breakfasts, marriage courses, and community use.

The auditorium would need to be worshipful, serene, symmetrical, ordered, distinctive with a central, pulpit symbolic of centrality of the Word. Acoustics would be designed to emphasise volume from congregational singing rather than from instrumental accompaniment. These specifications were then incorporated into concept development drawings which were prepared at a cost of almost $28,000.

In August 2014 the congregation voted to proceed with detailed design and costings for a building with a maximum seating capacity of 220, somewhat less than in the 1963 auditorium. A budget of $220,000 was approved for this work, which was subsequently completed for the lesser sum of just over $183,000.

Grace Builders Ltd, a company owned and operated by two brothers in the Reformed churches in Christchurch, quoted a very competitive price for the construction, significantly lower than an independent Quantity Surveyor’s costings which had been obtained by the Building Committee. Grace Builders were then offered the contract to construct the new church building.

The total cost for the demolition of the old structure and the rebuilding of the new is currently estimated at $2.7M (in addition to the design development expenditure of approximately $211,000). Special donations have been received which are tagged for specific use. The insurance payout on the earthquake damaged structure and donations for rebuilding collected over the past 4 years total a little over $2.1M. There is therefore a shortfall of just under $600,000.

We therefore do not currently have sufficient funds to complete the rebuild at Cornwall Street. With our current levels of giving we are not able to service any significant level of borrowing. The Christchurch Session sees the wisdom in being cautious about burdening our congregation with financial obligations which might constrain the present and future spiritual ministries of our church. However we also recognize that others in our own congregation and in the wider RCNZ church federation may wish to contribute now that the actual need is known.

The Christchurch Session is therefore optimistic that the Lord will provide the means for us to complete the rebuild at Cornwall Street, whilst not being sure of the detail at this stage! Session is also conscious that any significant delay in commencing the building project will, most likely, result in increased construction costs, a loss of momentum in the process, potential discouragement to our congregation and little additional financial gain from the relatively low interest we accumulate on our current bank deposits. There is however a need to balance an active trust in our God with prudence as wise stewards of our Lord’s gifted resources.

The Christchurch Session therefore recommended to the congregation on 16th August 2015 that “we proceed with the rebuild on Cornwall Street up to a maximum expenditure of $2.7M and that the work continue up to the point when available funds have been used up, without borrowing any funds without prior congregational approval”. 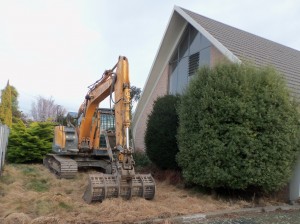 This recommendation received an overwhelming majority vote from the congregation and demolition commenced 8 days later on 24th August some 4.5 years after the February earthquake!

As a congregation we have been working through a preaching series in the book of Zechariah. The exiles returning from Babylon had to wait 70 years and there was opposition to the rebuilding of the city wall when they began reconstruction. You can read about the trouble caused by Sanballat, Tobiah, the Arabs, the Ammonites and the men of Ashdod in the book of Nehemiah. These enemies were angry against those who had returned to the land and they plotted and schemed to try and halt the work. These were the days of the ‘trowel and the sword’, the builders carried materials in one hand and a weapon in the other. Through many challenges and disappointments God encouraged his people through the prophets, Haggai and Zechariah to keep trusting Him and he drew their attention to what He was doing in their midst. The Lord called his people to repent of their sins of the past and to return to Him. In turn, he confirmed that He would return to them and that the work would be completed. In the midst of their rebuilding work, God pointed them to the promise of the Messiah to come, ‘My Servant, the Branch’ who would ensure that the light of God’s presence in the midst of His people would never go out.

Today, we are not rebuilding a temple, but we have seen more than the exiles in Zechariah’s day of ‘small things’. By faith we have seen Christ, full of grace and truth. We have seen the temple of his body brought down at the cross and then ‘rebuilt’ three days later. The church is now the Body of Christ, being built up as a spiritual house, to be a holy priesthood, to offer spiritual sacrifices acceptable to God through Jesus Christ (1 Peter 2:5).

Within the spiritual life of the Cornwall Street congregation we see many encouraging signs of growth. At our last Annual General Meeting we ‘counted our blessings one by one’ and came up with a long list including: The harmony and good heart of the congregation, a number of regular visitors, people enjoy the fellowship of the church (it’s hard to get folk out of the building after the service!).

We have been blessed this year with the birth of covenant children with more expected soon. We have enthusiastic and committed teachers in Sunday school, catechism, Cadets and GEMS, Bible study and a vibrant music ministry in the church. We are seeing more young men zealous for the Lord and a desire to reach out and connect with our community one conversation and one person at a time, as we talk to visitors and strangers about our love for Jesus, our Saviour. We have been blessed with some new members over the past year and a number of young people desire to profess their faith.

The Lord is at work in His church, there is much yet to do, but by God’s grace we continue to trust and obey.