A Fairly Brief Meditation on Time

Have you set any personal goals for this year?

Some ‘New Year Resolutions’ that people commonly make include:

About 300 years ago, the pastor/theologian Jonathan Edwards made a series of resolutions. 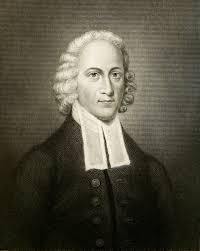 Edwards has been described as a ‘later-day New England Puritan’. He ministered in North America, witnessed two spiritual revivals. He is known by many for having preached the famous sermon “sinners in the hands of an angry God”. He was a busy man, the husband of but one wife, the father of 11 children. Yet his rule was to spend 13 hours of each day in study. The results of his labours under God’s grace are evident in his many sermons and his extensive writings. I have two thick volumes of his works in my library. I have used their weight on more than one occasion for flattening crinkled papers!

The resolutions of Jonathan Edwards were not written as fleeting thoughts on the cusp of a new year, but were carefully set down over time in order to cultivate his own growth in grace {2 Pet 3:18}. It was the practice of Edwards to re-read his list of 70 odd resolutions at least once a week in order to keep his mind focused and his resolve renewed.

Edwards wrote “Being sensible that I am unable to do any thing without God’s help, I do humbly entreat him, by his grace, to enable me to keep these Resolutions, so far as they are agreeable to his will, for Christ’s sake.

Here is the Resolution I would like to focus upon in this meditation. It was designated by Edwards as No. 5 “Never to lose one moment of time, but to improve it in the most profitable way I possibly can.”

Imagine that you had been given $86,400 at the start of this day to spend, what would you do?

Or imagine that you had been given $31,536,000 at the beginning of the year What would you do with all that wealth?

Because you had so much of it, would you waste the money or would you invest it wisely so that it would yield benefits for the future, not only for yourself, but also for others?

My wife Jenny and I, together with our children, spent some time in outback Australia with indigenous missions. We met many wonderful aboriginal people and some very special brothers and sisters in the churches there. 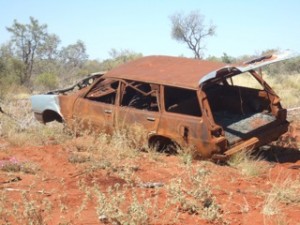 We heard about one aboriginal community in a small settlement on the Stuart Highway who received $12,000,000 each year in mining royalties from tribal lands. They spent it all each year. Often buying a new vehicle, driving it with no maintenance, sometimes with no oil, or with no water to top up in radiator. Then, when the motors stopped, they would abandon their transport in the desert, and go into town to buy another one. They had no concept of the value of not squandering wealth.

They had so much, and there was always more coming in the next royalty cheque.

Do you handle your money that way?

Your answer is almost certainly “no”. Most of us like a good bargain, don’t we?

However, to obtain a good bargain you need to know the value of a commodity.

How valuable is time? Your time? The time that you have been granted?

Many people in our society use their funds to slow down the evidence of aging. Cosmetic surgery, hormone replacement therapy, ‘trading in’ a husband or wife for a younger model. But no amount of wealth can purchase even one second of time.

You and I only have a finite quantity of time; an allotted number of days in this life. It has always been this way since the fall. Wisdom says: “Man’s days are determined; you have decreed the number of his months and have set limits he cannot exceed” {Job 14:5}

You will not live on one day longer, nor one day less than God has determined. Your time here is limited. When the clock strikes at midnight tonight, you will have spent 86,400 seconds today, 31,536,000 seconds this year. How have you used this priceless resource?

Whatever your answer. It is now history. It is past. It is gone 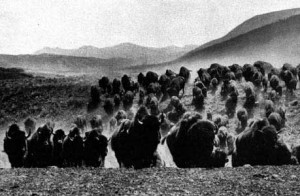 31.5 million – that’s a similar number to the population of the North American Buffalo before settlers started hunting these majestic animals of the plains with guns. In 45 years (1840 to 1885) the huge herds had been destroyed with the numbers declining  to a few hundred. Often only the tongue was taken, the rest of the carcass left to rot. Sometimes these large animals with their valuable meat and their useful hides were simply left behind by shooters who watched them fall  as they traveled along on a moving train showering more bullets as they went.

Why was such a loss not prevented? Why were these valuable animals not conserved?

Perhaps because the hunters just thought that there was an endless supply of buffalo, because there had been so many. We could say the same of whales in the ocean, mighty trees in the vast Amazon basin.

Sometimes it is only when a resource is much depleted that it’s value is realized. For those of us who are likely over the half-way mark in life’s years. We start to see more vividly that our time is reducing.

In our 40s-50s we are shocked by the death of contemporaries; perhaps to cancer/heart attack. In our 60s and beyond our circle of similar aged friends begins to diminish. We value time more. We appreciate how precious each second is.

Young people: you may well think that you have lots of time, like the buffalo hunters did with their game or the aboriginal vehicle owners with their money.

Be careful; lest valuable time slip through your fingers like the sand in an hour glass.

Be wise: Eccl 12:1 Remember your Creator in the days of your youth, before the days of trouble come and the years approach when you will say, “I find no pleasure in them” {Ecclesiastes12:1}

Remember your days are a gift to you from God:

Before…you become unsteady on your feet

Whatever our age at the close of this year, the resolution of Jonathan Edwards: “Never to lose one moment of time, but to improve it in the most profitable way I possibly can” is a good goal for next year.

This resolution reflects the truth of Ephesians 5:15-17 “Be very careful, then, how you live– not as unwise but as wise, making the most of every opportunity, because the days are evil. Therefore do not be foolish, but understand what the Lord’s will is”

Some have analysed this year past and said:

“In New Zealand we now have a rock-star economy”

“The best is yet to come if only we imagine no heaven, no hell below us, imagine all the people, living for today, no religion, all the people living life in peace”

This is not wisdom, but dangerous folly.  The truth is  that the days are evil. This world is the seat of conflict between two mighty, but unequal, spiritual powers.

This world is under the influence of forces which are hostile to God and in opposition to the kingdom of Christ. For our struggle is not against flesh and blood, but against the rulers, against the authorities, against the powers of this dark world and against the spiritual forces of evil in the heavenly realms. {Ephesians 6:12}

This world is therefore not, for the Christian, an amusement park in which to waste time, to squander our most valuable God-given resource. This is not a place to idle away the hours in front of a T.V. screen or to expend large amounts of precious time each day on Facebook, Trademe, Youtube, Snapchat, trivial texting, etc.

This world is not a place to fritter away the precious days, the hours, the minutes, the seconds.

This world, at this time in history, is a place in which to “make the most of every opportunity”. Literally to “buy back” or to “redeem” the time.

We all find time for the things, for the people who are most important to us. Your priorities will determine the use of your time. Jesus put it this way:

“For where your treasure is, there your heart will be also” {Matt 6:21}

Time is the most valuable commodity you have been given, the most precious resource you possess.

So invest the 86,400 seconds you have each day wisely.

That’s what Jonathan Edwards resolved to do in his Resolution No. 5 “Never to lose one moment of time, but to improve it in the most profitable way I possibly can.”

Be wise in the use of your time because Christ has made you wise through His Word.

I would not generally promote the logic of an atheist, but I think the following anonymous quote sums up the importance of making the most of very opportunity for the Christian:

If I firmly believed as millions say they do, that the knowledge and practice of religion in this life influences destiny in another, then religion would mean everything to me. I would cast away earthly enjoyments as dross, earthly cares as follies, and earthly thoughts and feelings as vanity.

Religion would be my first waking thought and my last image before sleep. I should labor in its cause alone. I would take thought for the morrow of eternity alone. I would esteem one soul gained for heaven worth a life suffering. Earthly consequences would never stay my hand or seal my lips. Earth, its joys and its griefs would occupy no moment of my thoughts.

I would strive to look upon Eternity alone and on the immortal souls around me, soon to be everlastingly happy or everlastingly miserable. I would sow forth to the world and preach to it in season and out of season and my text would be “what shall it profit a man if he gain the whole world and lose his own soul?

Now is the time to resolve to live wholeheartedly for Christ.

However, we do need to maintain a wise balance as we make the most of the providential opportunites the Lord grants to us. Time for work and study, time for service and sacrifice. Also time for family, friends, non-believers. Time to rest and recuperate. Time to plan our time, time to set our priorities. Time to resolve to live wisely for Christ this coming year.

Jonathan Edwards died suddenly and expectantly at age 54. He had complications from a smallpox inoculation. 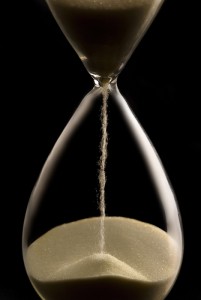 You and I will one day run out of time. Then the hourglass will be empty for us too.

When you come to the end of your life, will you be able to say:

“I have been careful how I lived, not as unwise, but as wise. I have made the most of every opportunity, because I knew that the days were evil”

Look forward to 2015 and beyond and anticipate the end of your time on this earth.

Look forward to the commendation of a servant of Christ who has made the most of every opportunity for His Saviour and Lord.

Look forward, as a person who has been faithful in the use of the precious time which the Lord has given to you in your life on this earth, to these words:

‘Well done, good and faithful servant. You have been faithful over a little; I will set you over much. Enter into the joy of your master.‘ {Matthew 25:23}